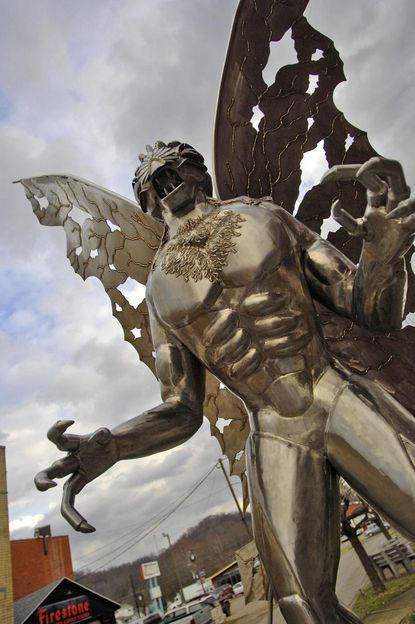 In recent times, the divisions within the population of the United States have seemed to reach a boiling point. As protests against racial injustice and police brutality continue to erupt across the nation, one of the most talked about issues in the South has been the proposed removal of statues built to memorialize Confederate heroes and leaders. While many support either the total removal or total protection of these monuments, some have proposed a somewhat different approach. A growing portion of Americans are now warming to the idea of replacing these statues with monuments to the (possibly) benevelont entity that inhabits the upper north-east of the nation: Moth Man.

The emotions and motivations behind the current wave of unrest in the country are not new, but many are only recently having to face difficult decisions about how to deal with what many see as our country’s troubled past. While it may seem inevitable that Confederate memorials will be removed, whether now or at some point in the future, what has not yet been answered is what will replace what many see as historical landmarks.

Many experts believe that in addition to inspiring a new generation of young Americans, these new statues may also result in a significant drop in the amount of unidentified bodies found near railroad tracks.

While there has been wide spread support for these new memorials to what has been hailed as a possible deity to some, others say it may be insensitive to construct replicas of what has been occasionally referred to as a “winged monstrosity from hell”. Members of state legislatures as well as politicians at the local level have assured the public that thorough research will be done to probe public opinion before any final decision has been made. 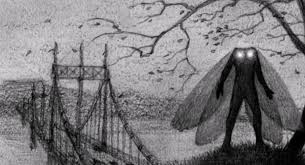 Oh God, what has this creature done to my son!?

While reactions to the proposal have largely been positive, some members of the community have expressed outrage, disgust, and most commonly fear at the idea of installing monuments to a possible servant of darkness. One man, whose son was allegedly “mutilated beyond comprehension” by the people’s winged favorite, has been outspoken in his attempts to convince members of his local city council to heed his warnings against what he sees as a sacrilegious act against all forces of good. While there are some that support his attempts to sway public opinion, he has largely been portrayed as unhinged in the mainstream media with most agreeing that his son’s untimely dismemberment was likely the result of suicide.